Safety bar (Undercarriages of Type 4a)

It prevents the stay of persons between the tops. It is also one indication that the manufacturer keeps the European Standard (EN 14468-1). Table tennis tables that do not show this feature and whose tops have got a gap of more than 10 cm between the tops in storage position (not in playing position) do not fulfill the European safety requirements (e.g. S 1-12/13; S 1-26/27, S 3-46/47)

The screw connection serves for the stabilisation of the stand legs in the playing position of the table. Through the loosening of the wing nuts, the legs open and can be folded inward.

The ball has to be thrown up vertical behind the table.
The person who serves the ball has to play the ball with the bat so that the ball first touches his table half and the the half of his opponent.

In the case that the ball touches the net there will be a „net serve“ and so the serve has to be repeated. In the case that you do not hit the thrown up ball then it is a mistake and the opponent will get the point.

Every player will serve two times and then the opponent has to serve. There is one exeption in the overtime: Beginning with a score of 10 to 10 the players will serve by turns.

At the double the person who serves has to play the ball diagonal from his forehand site to the forhand site of the opponent (for a right hander). There are no restrictions for singles.

The player who receives 11 points first wins the set. If both players have received 10 points they have to play an overtime. The one who has a winning margin of 2 points wins the set (12:10 or 13:11, and so on).

Best control of the ball in spite of playing with an offensive bat is reached by a rigid plastic tube which is linked with a non vibrating rubberring to absorb the vibrations.

Second half of the 19th century

Table tennis was invented by the English "Upper Ten", who brought their favorite outdoor sports in miniature edition in their salons for bad weather.

Engineer James Gibb brought the celluloid ball from America to Europe. The ping-pong sound emerged as an acoustic icon.

When a moderately good player got a headache during a tournament and bought pills in the pharmacy, he noticed how high the coins bounced on the rubber mat. He bought it, cut it, stuck it on his racket and reached the final. The bat with pimpled rubber was invented.

Foundation of the DTTB and first German championships.

First World Cup and founding of the ITTF.

Establishment of uniform rules by the ITTF.

The Japanese achieved extreme speed with the use of foam on their rackets. The rubbers were first banned by the ITTF in 1959 and later re-approved under certain conditions (covering thickness up to 4 mm, top covering without foam).

When hitting the ball by a forward-sideways movement at the lateral end it gets a turn to the side.

The one-handed operation makes this system so comfortable. The striking handle is visible in any position of the table and from all sides. Drawbar underneath the tabletop unlocks both of the safety devices simultaneously. In the storage position, the tabletops must principally be brought into a vertical position, so that the locks automatically click into place. In the playing position, the locks already click very well into place prior to attaining the horizontal position. In this case, they also ensure high stability on uneven ground.

This is a technique in which the ball is hit directly into the opponent's field at the highest point without any rotation. This makes the ball so fast that it is difficult for the opponent to reach it and return it back.

Regarding to the velocity of the ball this statement is not correct. However it is justified as a result of the little ball run.

In Tennis there has been detected up to 250 km/h at the first serve and 100 km/h for a fast return.

Scientists have found out that the ball flight velocity of a tennis ball is about 3 times faster than a table tennis ball. But if both players stand 1 meter behind the table tennis table a ball played with 60 kilometers per hour would only need 28 hundredths of a second to cover this distance.

Scienist also estimate that the human reaction time is about 12 to 18 hundredths of a second. Good table tennis players can come really close to 12 or 13. That means that they have to react very quick.

Depending on where it is hit by the racket, the ball is given a strong rotation forward or backward, which makes it difficult for the opponent to return the ball.

Movable table with fully automatic undercarriage for both halves of the table, they can only be folded together (Type 5: in use in S 8-36/37).

We use carefully chosen raw materials from controlled forest stands and arrange our production steps as environmentally friendly and preserving resources as far as possible.

We are producing exclusively in our own factory in Schlotheim; from the first product sketch up to the final check we do never give any responsibility out of hand.

After a comprehensive examination SPONETA GmbH was honoured with the seal “Secured Sustainability”. It covers ecology, economics and social competence (product-, service- and consultation quality, economical future orientation, management as well as ecological and social responsibility) 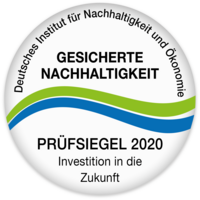